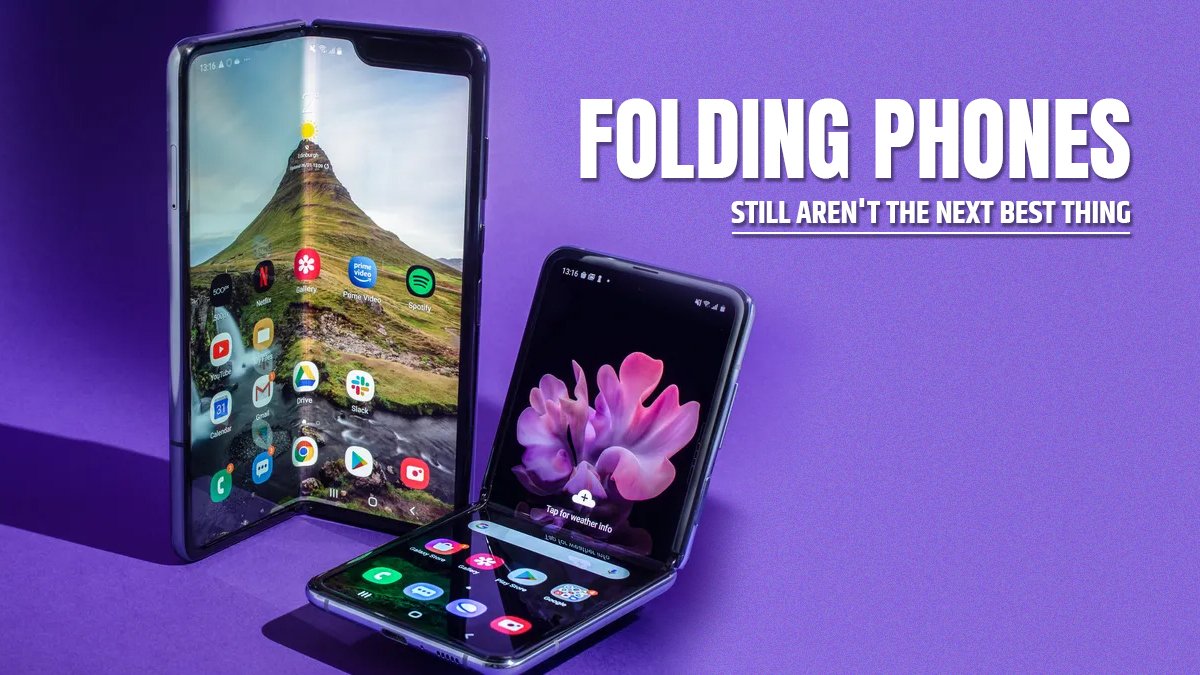 Innovations in technologies are always welcomed in the industry when they are interesting and useful and make things easier. But when these innovations just become another fad gimmick, it’s not much that feasible for the future and its users.

As for Apple company, it seems that they are just waiting for the other company’s models to hit the market and observe their performances to release a folding phone which outsmarts and makes it a better option than the other ones. Also, the possibility of these folding phones being a passing fad is said to be a consideration by Apple. This smart consideration might be the reason why we don’t see much recent or official news about Apple releasing or planning to launch a folding iPhone to match the trend in the market like Samsung Galaxy or the earlier Motorola models.

Even though these folding phones can offer a great deal of versatility to users with a double experience of a standard phone and expanding the screen for a more immersive tablet version, it is all believed to fade away in a decade as an expensive gimmick.

As an outsider, a folding phone seems like a nice idea. It lets you have a pocket-sized tablet screen that offers you to watch movies and gives you a larger view of things and widens the apps and home screen layouts. But as we look towards the side of practicalities, they might not seem nice enough.

Price is one of the reasons that makes these folding phones look cheaper than high-end smartphones like iPhones. With very less demand for these newer technologies, the price might stay the same for the present ones, or even increase.

The structure of the foldable phones is another thing that becomes something of concern. Even though it provides protection to the inner screens by folding, their front panels are still weak and can get scratched and have dents. Also, the hinges after continuous use of closing and opening can get a little harsh on the connection between the two parts of the device. The gap formed in between the two parts can act as a window for air, dust, and water to enter the device. Even though the phone might look slimmer when opened, it can be quite thick when folded, making it difficult to carry it in our pockets. Also, the screen aspect ratios might affect the video types of different aspect ratios that we stream on our foldable phones.

One of the main factors that we are missing here is the App design. Till now, Apps are designed for one screen display only. But with foldable phones having two display screens, it might be difficult to use them in such devices, and would probably need a different App interface design to support such technologies of two screens.

With the current scenario in hand, Folding Phones would just be an expensive niche product going for a few years until some good changes are induced in them like more thinner structure when folded, lightweight with a good strong screen like an iPad, less costly; maybe a little more than of a regular tablet, then maybe things could actually look up for the innovative folding phones to stay in the market for a long run.